(besides being a candidate for Montana House District 94) 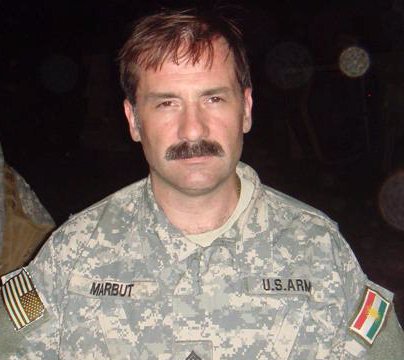 Gary is an organic gardener and an amateur musician: 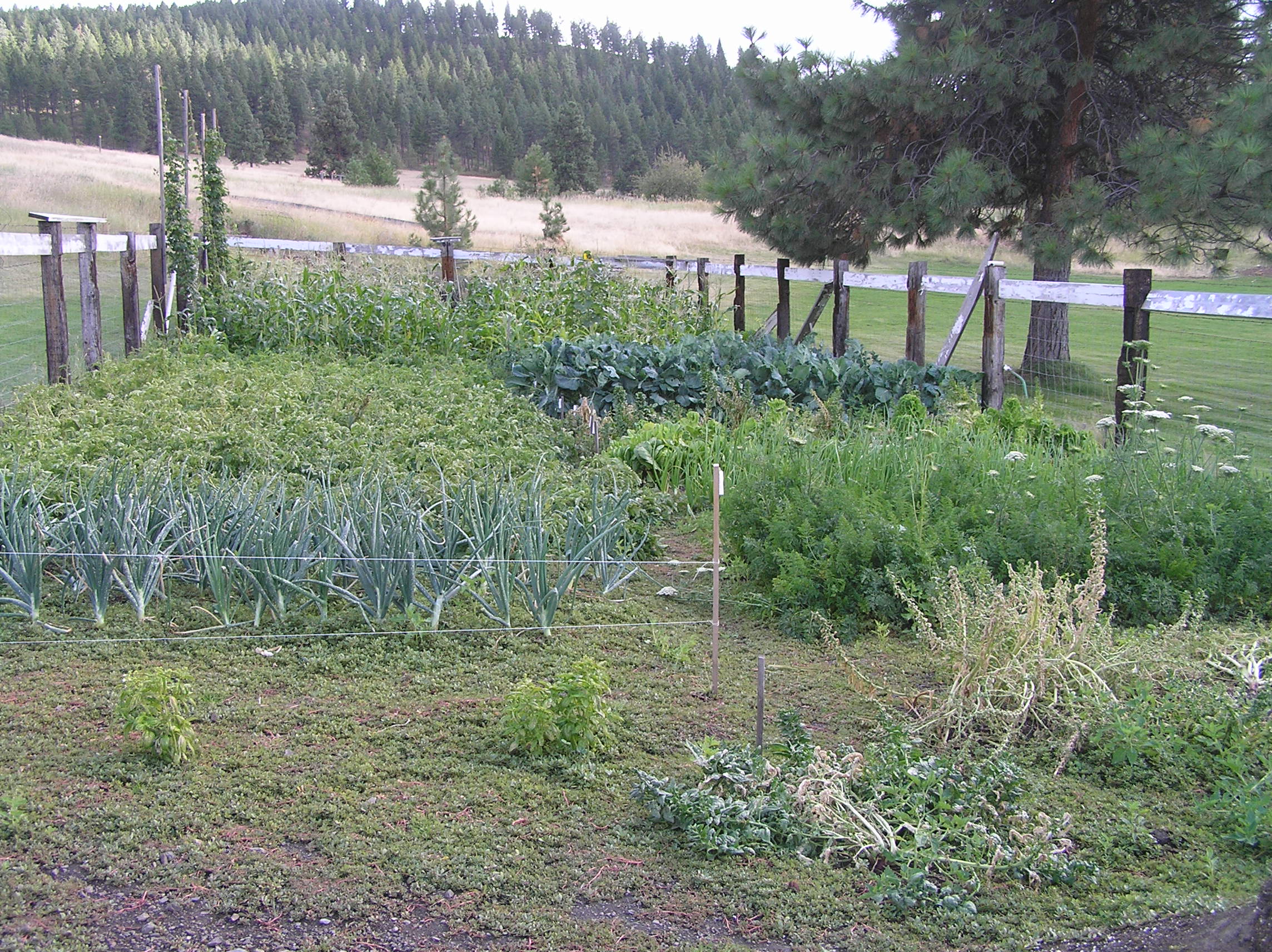 Gary is a very successful citizen activist, and a patriot: 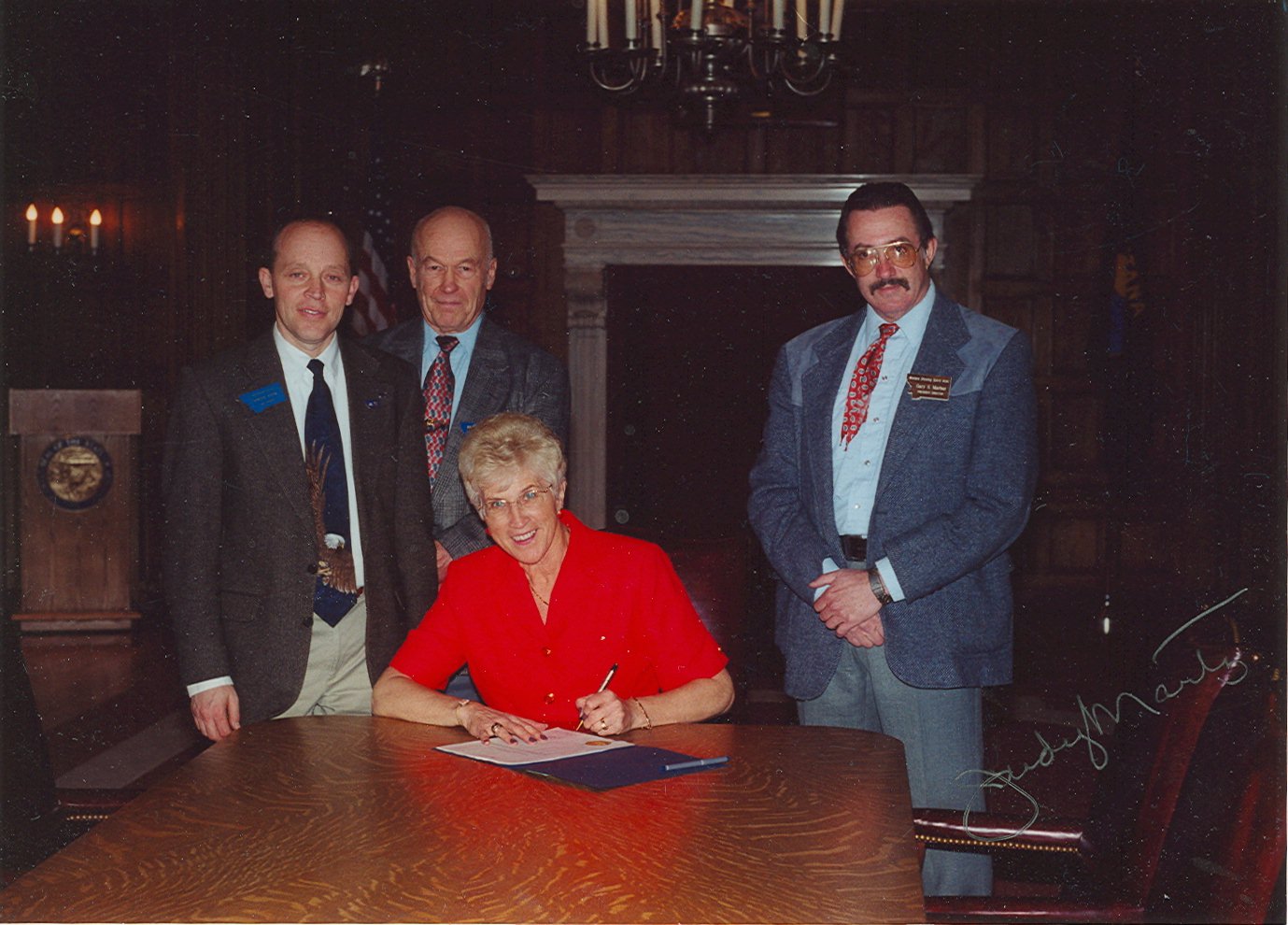 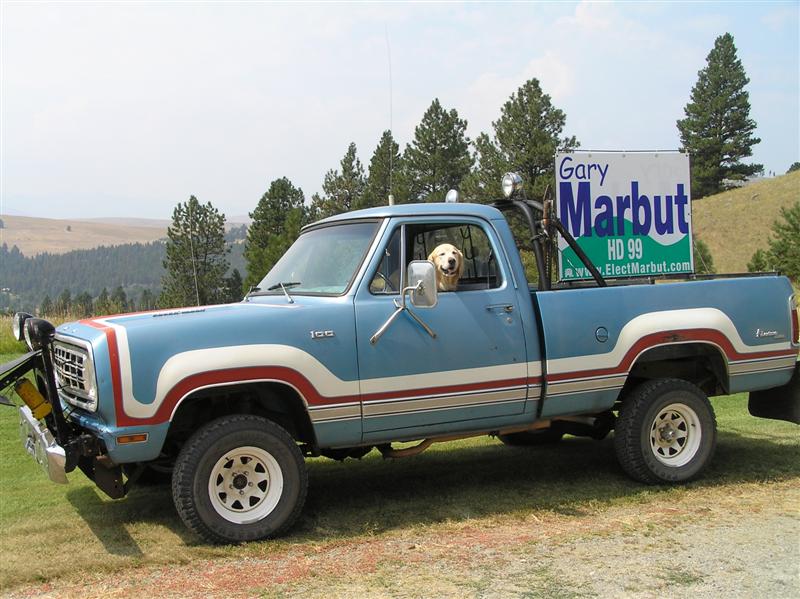 Gary has written 64 bills that have passed the Montana Legislature 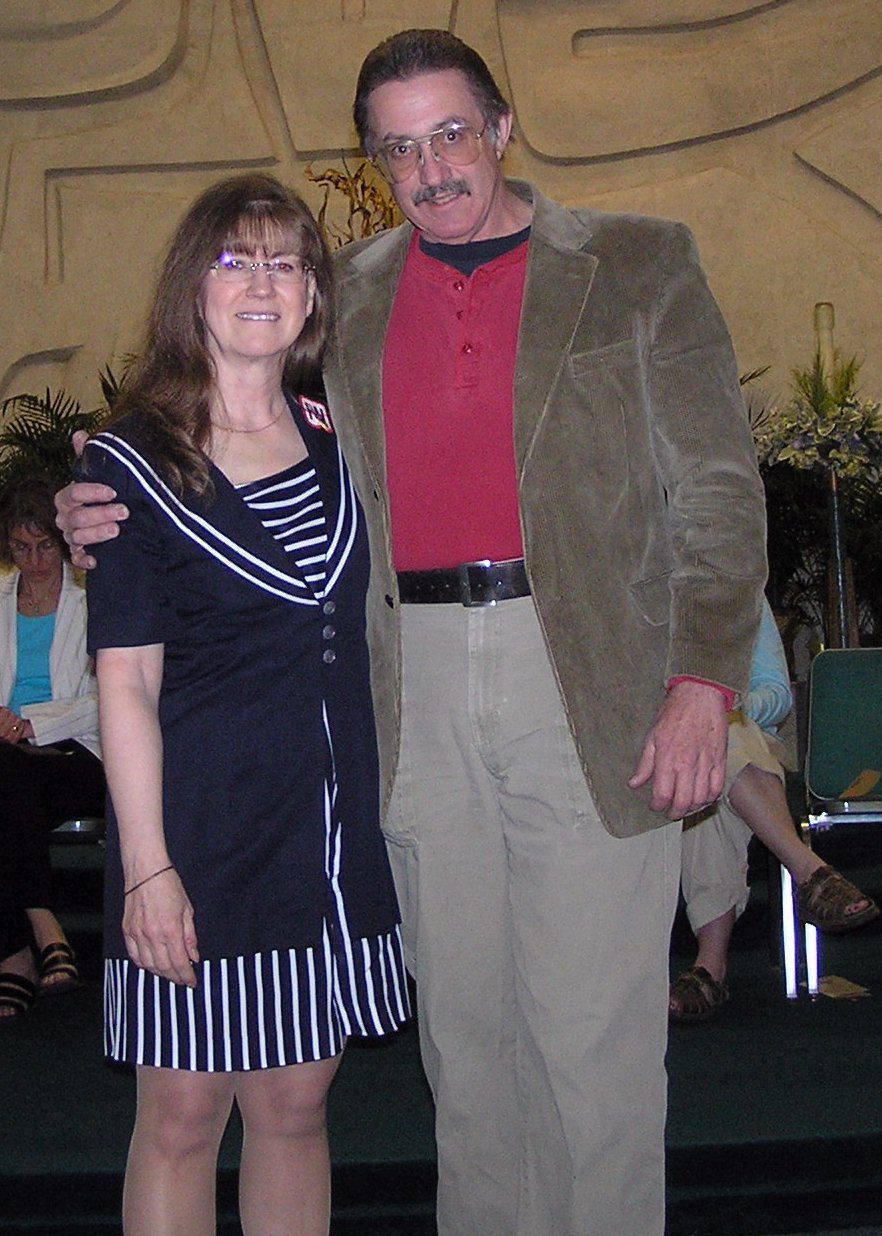 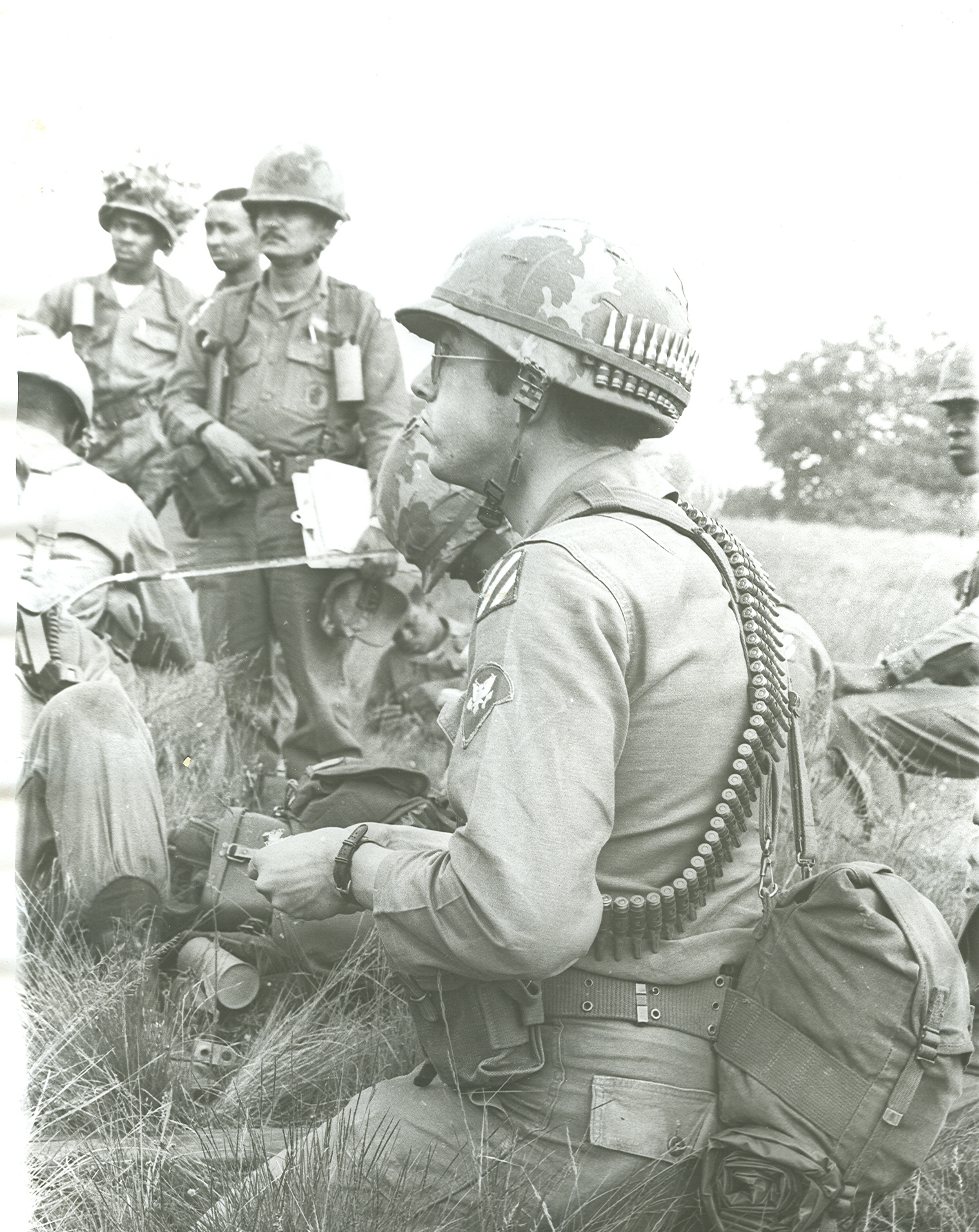 Empowering women.  Gary has graduated over 2,000 Missoula-area women from classes he teaches in methods of self defense, empowering women to be able to enforce their choice to not be victims.  See the May 20, 2012 story at KECI TV and theJuly 4, 2012 Missoulian story.

Green - Energy conservation.  Gary lives in a solar home he built as a model of residential energy conservation, featured in a Missoulian supplement (April 14, 1980) when new.  This home located in HD 94 still uses minimal energy.  For over two decades, Gary has paid extra each month to buy electricity from renewable sources.  Gary was appointed by Democrat Governor Ted Schwinden to serve on the Montana Governor's Advisory Council for Energy Conservation.  Gary wrote and sold computer software approved by Fannie Mae and Freddie Mac to model, predict, value and improve a home's energy conservation features.

Green power generation from excess forest biomass.  In 2005, Gary originated and described an environmentally friendly process to clean up our forests and prevent catastrophic wildfires by using biomass conversion technology to convert excess but low-value forest biomass into green electricity at the forest cleanup project location and use the power grid to transport this desirable green electricity to willing buyers.  This process is carbon neutral and produces zero pollution, unlike wildfires, and would provide much-needed jobs.  See Gary's proposal HERE.

Health care.  Working for the Tanana Chiefs Conference under a federal grant he wrote, Gary designed and implemented an emergency medical services system to deliver care to the Native American population of the Interior of Alaska, covering an area about the size of Texas.  Gary taught emergency medicine for the Tanana Valley Community College in Fairbanks, Alaska.  Gary was an Advanced Life Support Paramedic for most of a decade.

Protecting children.  Gary wrote and implemented the highly acclaimed "Be Safe" firearm safety program for Montana children.  With over 100,000 copies of Be Safe distributed across Montana, this important program is the most common method used to deliver firearm safety training to young children in Montana.  Be Safe is approved by the Montana Legislature, the Superintendent of Public Instruction, law enforcement and others.  School teachers asked to rate Be Safe on a scale of 1-10 give it an average score of 9.9.  Given the high density of firearms in Montana, Be Safe has become the preferred method to deliver essential firearm safety education to Montana children, affecting many thousands and certainly saving many children's lives.  (Letter from OPI supporting Be Safe (.pdf file) CLICK HERE;  Senate Joint Resolution 16, 2007 endorsing Be Safe (.pdf file) CLICK HERE)

Fighting hunger in Montana.  During the 1990s, Gary organized a multi-year, statewide campaign for hunters to donate excess game meat to neighbors in need and to Montana food banks.  (See News Release - MSWord file)  The food bank network reported that meat donated by hunters became the primary source of protein-rich food for their clients, food that was also free of pesticides, antibiotics, steroids and other commercial chemicals.

Gary is a published author.  His book Gun Laws of Montana is in its Third Printing, with nearly 10,000 copies sold.  It is the standard reference on that subject in Montana, with copies in the reference libraries of the Montana Supreme Court and the U. of M. School of Law.  Gary is also a storyteller.  A veteran writer, Gary has also written a historical piece about the Grant Creek Valley where he grew up.  Gary has published two e-books at Amazon.com, one a book of autobiographical short stories and another a guide to hunting elk with handguns.

Union connections.  Gary was a member of the Millworker's Union while working at the Champion Mill in Bonner during college at the U. of M.  Gary was a member of the International Association of Fire Fighters, Local 1324 for a decade.  In a previous run for HD 99, Gary was endorsed by the Missoula Central Trades and Labor Council (NOTE:  In response, Gary's opponent distributed campaign literature saying "Gary is not endorsed by a single union." - right, disingenuous, because Gary was endorsed by ALL of them).

This Website??  As you have learned from this Website (built by Gary), Gary has only very basic Website programming skills, but you should hire (vote for) Gary for his other abilities

. (BTW, the lifetime teacher in Gary tells him there is a "teaching moment" here.  Like this plain Website, Gary is much more about substance and content than about fancy and flash - more about providing information and genuine service than about marketing and "selling sizzle."  Hopefully, visitors and HD 94 voters are more interested in the product and service than in the packaging.)

Gary has been:
A mill worker (Bonner);
A ski instructor (University of Montana; Snowbowl; Europe);
A ski patrolman (Senior, National Ski Patrol)
A professional firefighter (Local 1324, IAFF);
An Advanced Life Support Paramedic;
A nationally-recognized grassroots political activist (community organizer);
A strong and successful advocate for individual rights;
An instructor of Fire Science (University of Alaska);
An instructor of Emergency Medicine (Tanana Valley Community College);
An expert witness in state and federal courts - self defense, use of force, firearm safety;
A self defense and firearms safety instructor, including for law enforcement and military personnel;
4,000 citizens trained and graduated in self defense and firearm safety
On the front page of the Wall Street Journal;
Featured in the High Country News;
Filmed by Public Broadcasting System for a documentary on the Constitution
A long-time Ron Paul supporter.

Gary attended local schools:
Woodman Elementary (Lolo Creek) when it was one room, one teacher and 20 students.
Hellgate Elementary.  Graduated in 1960 when it was one building, two rooms and two teachers.
Missoula County High School.  Graduated in 1964, the last year MCHS was one school.
University of Montana, 1964 to 1966 (interrupted by the U.S. Army - three years; honorable discharge).

Western Montana Fair history.  During the 1950s and 1960s, Gary had many 4-H livestock entries in the WMF and received awards for Grand Champion beef steer, dairy cow, dairy cow/calf pair, beef cow, and beef cow/calf pair.  Beginning in the early 1980s, Gary had a booth in the Commercial Building for about 30 years.  The model Statue of Liberty on display at the WMF just inside the main entrance is on indefinite loan to the WMF from Gary.

In the early Fall of 1963, Gary was suspended from Missoula County High School for a week for writing a (published) letter to the editor of the Missoulian critical of the school board for having cancelled a student assembly to hear a speech from Democrat U.S. Senator Ted Kennedy.  The school board thought that young minds couldn't handle whatever Senator Kennedy might say.  Gary pointed out in his letter that Ted's brother was the President of the United States, his other brother was the Attorney General of the United States, and Ted was a sitting U.S. Senator.  Gary suggested that these credentials ought to be sufficient to allow students to hear what he might say.  The school board held firm with the speech cancellation and Gary got a week vacation from school for having publicly criticized the school board.

In 1971 Gary testified before a committee of the Montana House of Representatives AGAINST a bill that would have granted a $50 bounty to any person who provided information leading to the arrest and conviction of a person who possessed marijuana.  This was called the "Marijuana Bounty Bill."  The Legislature killed the bill.  The day after Gary's committee testimony, the Helena Independent Record ran a story about his opposing testimony.

Gary reads voraciously.  Since January 1 of 2013, Gary has read well over 100 books, about 70% fiction and the remainder about the law, the Supreme Court and history.  You guessed right.  Gary has bookcases full of books.  However, Gary has gotten hooked on his Nook since receiving it for Christmas almost two years ago.  The Nook helps relieve Gary of the need to keep building new bookcases in his home.  Gary's favorite author may be Dean Koontz, although Gary has read all or nearly all of the works of other prolific authors such as Robert Heinlein, Michael Chrichton, John Grisham, Allistar MacLean, Louis L'Amour, John D. McDonald, Tony Hillerman, Tom Clancy, Stephen Hunter, Robin Cook, Pat McManus, Stan Lynde, Arthur Clark, Issac Asimov, Matt Bracken, Orson Scott Card, Brad Thor and others.

Gary rarely watches television, and gets most of his information Online (it's all true, don't you know).  Gary regularly reads the Missoulian and the Missoula Independent Online, other Montana papers, and even foreign news outlets.  Gary subscribes to about 20 different daily or weekly newsletters delivered via email, such as that from the Electronic Privacy Information Center (epic.org).

body> ch as that from the Electronic Privacy Information Center (epic.org).